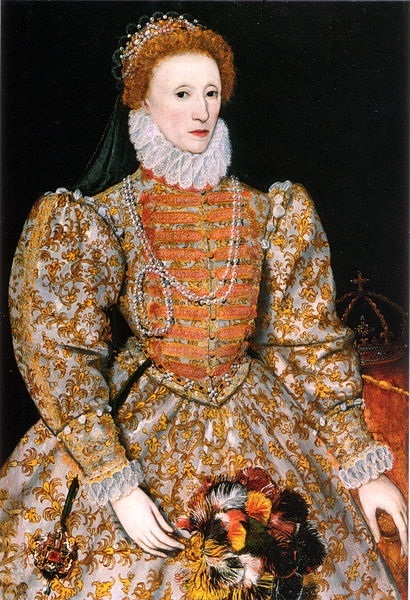 Here is my take on the history of makeup and beauty in the Elizabethan times. I found their techniques very unique and adaptable. So here i give you some such tips that even we can follow in today’s times!

Beauty In the Elizabethan Era

Elizabethan age is said to be the ‘GOLDEN AGE IN ENGLISH HISTORY’-the time of reign of Queen Elizabeth. She was a guiding portrait of beauty. None other queen in the English History had such a great impact on beauty as she did.

All about the face during Elizabethan times: During the Elizabethan age a pale complexion was considered as a sign of good health and prestige. Poor people could not achieve such complexion due to the burden of going out and working hard for their living, resulting in a tan. Wealthy women to gain such a complexion used several different things; the commonest way was to use Ceruse, a foundation made from mixing the poisonous white lead and vinegar. Many people preferred to apply tin ash, sulphur, alum, etc. White eggs were used to hide wrinkles.

What about eyes and their eyebrows? : Kohl was used by people in the Elizabethan Era to outline their eyes and make them look darker. A sign of aristocracy during that time was to have arched and thin eyebrows that created a high forehead. To make their eyes sparkly and larger, a chemical named Belladonna was also used. Eyebrows were plucked to achieve their desired look.

Hair  Queen Elizabeth had reddish hair. Thus people started to dye their hair in to a reddish shade. Fair hair during that time was considered fashionable. People used different bleaching agents to make their hair fair like- Saffron, celadine,cumin seeds and even urine! Wigs were also used to get that fair hair look. Their hard was curled tightly from the front. Hair was adorned with jewels and head pieces. Only rich people could afford them as they were very costly

Cheeks and Lips: Rogue cheeks and lips were very popular in the Elizabethan era and has become very strong part of the history of lip makeup.Women to achieve them used plants like madder that had red roots. Animal dyes like cochineal were also used. Egg white and ochres were mixed and applied to the cheeks.

Didn’t the Elizabethan people get blemishes due to all such chemicals?

The Elizabethan people due to such extensive use of chemicals often got freckles, spots and blemishes. To get rid of them they used rose water, mixture of egg shells,lemon juice, mercury, honey, alum, etc. Washing face with mercury was very popular.

Thus, we see how the Elizabethan people used different natural skin care products and found out their own ways to treat their blemishes and to do their makeup.

Wait for my next article girls ^_^ Till then, See yah and take care.

8 Ways To Get Rid Of Permanent Tattoos